On the morning of Day 5, Michelle and I again walked in to the main part of Killorglin with hopes that, this time around, some of the shops would actually be open. They were, and they included this place, the name of which amused me, and where I finally purchased the sweater in the window that I’d eyed every time I walked past the store.

I guess that sums it up

I purchased a few other souvenirs, including a picture book about King Puck and a photo of a puffin. Also, Michelle got a rock.

We spent much of the rest of the day on the road, and as we passed through Limerick, we (mostly I) decided that collaborating to compose some limericks would be a great car game. To commemorate our stay in Killorglin, we wrote one about His Royal Goatness, King Puck.

And how could we not honor our favorite songster from the previous evening?

It also happened to be the birthday of a dear friend of ours, so we had to write a limerick for her as well. In doing so we learned that it’s harder than you might think to find rhymes for “September.”

On this fine day in September
Sara we surely remember
We stand up and yell
“Hey, we wish you well!”
May your party last into November*

We stopped to see the Rock of Cashel. We noticed this sign in the parking lot, which led us to wonder is castle tailgating a thing? 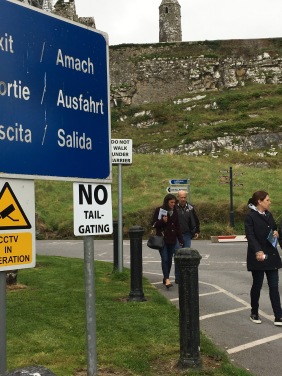 The Rock of Cashel was by far the oldest and probably coolest looking of the castles we’d seen. My enjoyment of it was hardly dampened by the fact that I had “Rock of Cashel” repeating in my head to the tune of “Rock the Casbah” the entire time I was there. 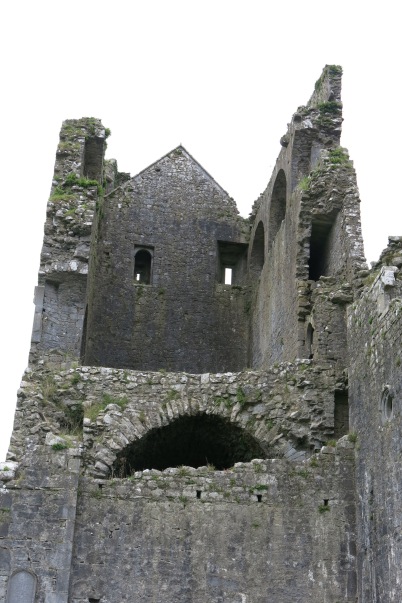 Irish High Cross at the Rock of Cashel 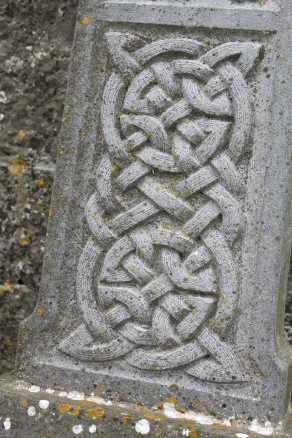 The round tower at the Rock of Cashel

We headed to Dublin and arrived with just about enough time to check in to our new place and head out to the Literary Pub Crawl we’d booked. The crawl included stops at four pubs (The Duke, M.J. O’Neill’s, The Old Stand, and Davy Byrne) as well as Trinity College. At each stop, the guides regaled participants with interesting anecdotes about Irish authors and acted out portions of their work. It was great fun, probably not hindered by the fact that I’d had a few beers without having had a proper dinner. At the end of it all, the guides quizzed the audience on what they’d learned. I won a T-shirt, not necessarily because I learned the most but rather because I was quick and loud with the answers (also not hindered by the aforementioned beers). Eh, who needs dinner when you have beer and a free T-shirt in size XXL?

*The line I originally composed for this was “And hope that you don’t get dismembered,” but I was overruled. I guess a birthday poem that contains the word “dismembered” might not make you feel warm and fuzzy inside, but it was clearly expressing an anti-dismemberment stance. I mean really, birthday dismemberment is the worst.