In a recent poll, Citizen Kane was dethroned as the best movie ever by Alfred Hitchcock’s Vertigo. Although I can appreciate the cinematography in Citizen Kane, particularly in the context of the time it was made, I have always thought the story was weak. For starters, no one was in the room to hear Kane say, “Rosebud,” and if you’re going to base most of your movie around that, it seems like it would have been an easy thing to fix. But anyway, this post is not about Citizen Kane. It’s about Vertigo. 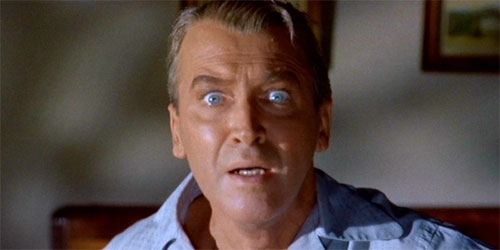 Wait, you mean hair and clothes DO matter to women??

I’ve long been a Hitchcock fan, but I never thought Vertigo was his best. I feel that Dial M for Murder and Rear Window are superior films, but it occurred to me that it had been a long time since I’d watched Vertigo and maybe I should give it another chance. So, I watched it again.

Of course, this is all rather subjective, and in the end, it really doesn’t matter whether I agree with the poll results or not. The movie has some great shots, and even though the dream sequence seems a bit cheesy by today’s standards, I have to imagine that it was pretty cool for 1958. However, watching Vertigo again made me realize that there are a few things about it that I need to say. For anyone who hasn’t seen it, SPOILER ALERT. Stop reading now if you don’t want to know some critical things about how the film plays out.

Maybe I’m nitpicking. It’s still a pretty good film. Best movie ever, though? Not in my book.